Small Comprehensive guide to the world of Cider

Small Comprehensive guide to the world of Cider

It’s fermented juice, deal with it.
Joke aside, Cider is the form apples would take if you would juice them and just let them be infested by wild yeasts. It doesn’t mean it would be any good or not infected, but we can argue that making cider is quite a natural fermentation. So why aren’t we enjoying this gift of nature more? First because here in Belgium we are a land of beer where the choice is abundant. Secondly because we sadly don’t have access to good varieties of cider.

But that is what we want to change here at fermenthings, we want to teach you everything about this sometime sweet, sour,spicy and boozy yet sophisticated drink and how with the right knowledge and love for good ingridients you can make it as complex as beer or wine.

Through this short introduction we will look at traditional European ciders, styles and share some of our own knowledge. When starting the shop in september 2017 we weren’t expecting to fall in love with the craft ciders that fast, but now we want to share with you everyting we know about this apple juice of the gods.

When we think cider, we often think about the United Kingdom and their long lasting traditional ciders that you can find in any decent pub. That is not wrong, and the UK is still holding strong as a land of ciders and is even growing as a leading role in the craft cider rennaissance of the 21st century. The reason why ciders differ between countries can mostly be found in it’s geological specificities. Certain variaties of apples will grow better in this or that ground and will create a local blend. Therefor giving it’s specific taste. In general classical English ciders are quite dry with a presence of tart and tannic undertones. If you follow the requirements made by CAMRA (Campaigne for real ale), real ciders should use only fresh juice, no additif and even best only the yeasts on the apple peal.

Like craftbeer, styles and methodes are being exchanged at a fast pace between cidreries and methods are evolving. Next to traditional ciders you will find a lot of sm 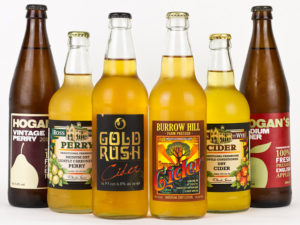 all brands flavoring their ciders, mixing up methods and trying out all kind of apples. But with the strong history and love for cider, the English cider stays a certainty inthe world of cider.

Another country that is in the toplist of cider makers is France. We all know the ciders made in Normandie and Bretagne and love to drink a ‘bollé’ (a bowl of cider) with a good salty pancake. Their connection with cider dates back from the time they where governed by the celtic gauls and later Romans. 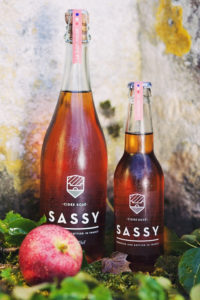 The French mastered the more sweet, very fuzzy and light in alcohol cider. To get to that taste they use a method called ‘keeving’. It’s a method to eliminate all wild yeast and extra nutrients from the apple juice before the fermentation begins. Thanks to that method, the remaining yeast strains are less active when the fermentation happens and you end up with a fairly sweet cider with low levels of alcohol.

Low alchol levels don’t mean less complex ciders. It’s important to know the different labeling names on French ciders. You will often see Cidre Doux, Demi-sec and Brut that are giving you the level of alcohol and dryness. Cidre Bouché are more high profile ciders that are closer to a champaign and chould be appreciated like that.

Finally we have the Spanish cider or Sidra, that are much more funky then their meighbours but also a lot less well known. Partely because they still use wild fermented techniques and have more issues whit transport due to their unstable nature, but also because the taste is closer to the family of the lambik, a beer style that is not as loved by the mainstream.

With Gallicia, Asturia and Basque country being the most well known producer, is Sidra not only part of the local cuisine but also folklore. While being much more still and sour then English or French ciders, the sidra also need to be poured in a certain way called escanciado. This means trying to have as much as possible space between the bottle and te glass to give the cider the time to be in contact with the air. 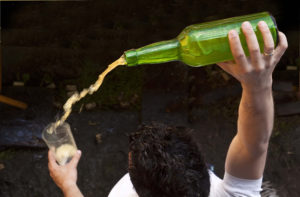 While being difficult to recreate the complex flavours and long lasting tradition of sidra, some makers are adding well known Brettanomyces yeast or Lactobcillus cultures to their badges to recreate these funky tones.

The Farmhouse cider is the mother of all ciders. If you had an apple tree or two on your farm you just made cider. It was a great way to conserve your apples and you would have a fizzy drink at your place any time you needed.
It has a ruffer taste, and you would connect it to the local small cider batches you taste when cruising through the north of France without paying attention what cidrerie you pass by. It’s got that farm taste and funkyness.

At the shop you can taste La Petite Reine as bein 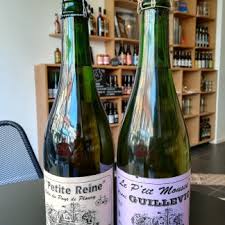 Perry is short for Pear Cider and is made with fall’s other fruit. While it is easier to find bitter and tannic apples, for pears it is much more difficult and that makes it a more soft, rounded and refined variety of cider. While being popular in the 19th century, perry style has been lost but has some keen producers.

Two bottles are great to enter the world of perry: Poiré Authentique by Eric Bordelet and the Sassy Poiré 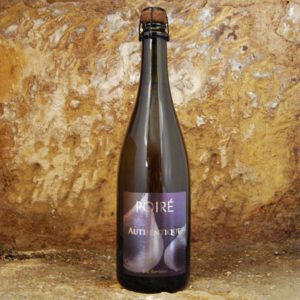 Cysers are where ciders and meads overlap. By using honey you can createhigher alcohol ciders with enough sweetness but also still those apple touches. it’s a delicate balance, if you go to much into the honey side you will end up with dessert wines (which are also great by the way). It’s also not easy to have a consistent fizz in it. For that, there is a great trick: using darker, amber-hued varieties of honey that still give you the honey taste but while needed less you create more space for the yeast to do their work! 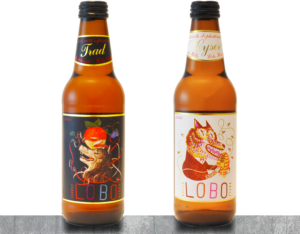 CAMRA aside, ciders are evolving and mixing up modern production methodes, old recepies and new logistics. It becomes easier to get your hands on other fruit and create new interesting flavors. Modern ciders have a more cleaner look, and have often less those funky tones to it. But nontheless there are some great young producers embraising old and new cider knowledge.

Wignac is one of those young cider makers exploring new territories while having a connection with their family history. Traveling between France and Belgium, these ciders are a perfect introduction to the fermented applejuice world. 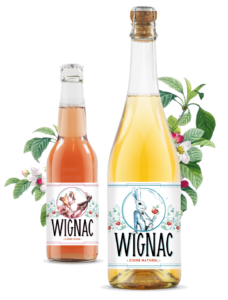 Three bottles, three styles, three different makers. These are the bottles we find the most astonishing that are currently available at the shop

Thistly Cross – Whisky Cask: Matured in ex-Glen Moray (previously Glenglassaugh Distillery) whisky casks this is a dry & subtle cider from Scotland. While barrel aging is well known in the world of beer, we would never have tought that it would go so well with cider. It creates depth and more complexity and gives you a honey type of mouthfeel.

Sidre Brut Tendre by Eric Bordelet: Sidre Brut Tendre is a French cider from Normandy, made by Eric Bordelet. Bordelet was a sommelier but now he has turned his pallet to cider making, mixing traditional French apple varieties with wine making techniques. The balances that he creates are extremly refined and you will conquer anybody’s heart towards cider with this product.

CiderCaft Magazine: a professional magazine for everything related to cider

Modern Cider by Emma Christensen: The book that inspired this post, and was a great use to learn more about crafting cider

Cider Made Simple by Jeff Alworth: Another great cider book, that goes more in depth about the history of cider