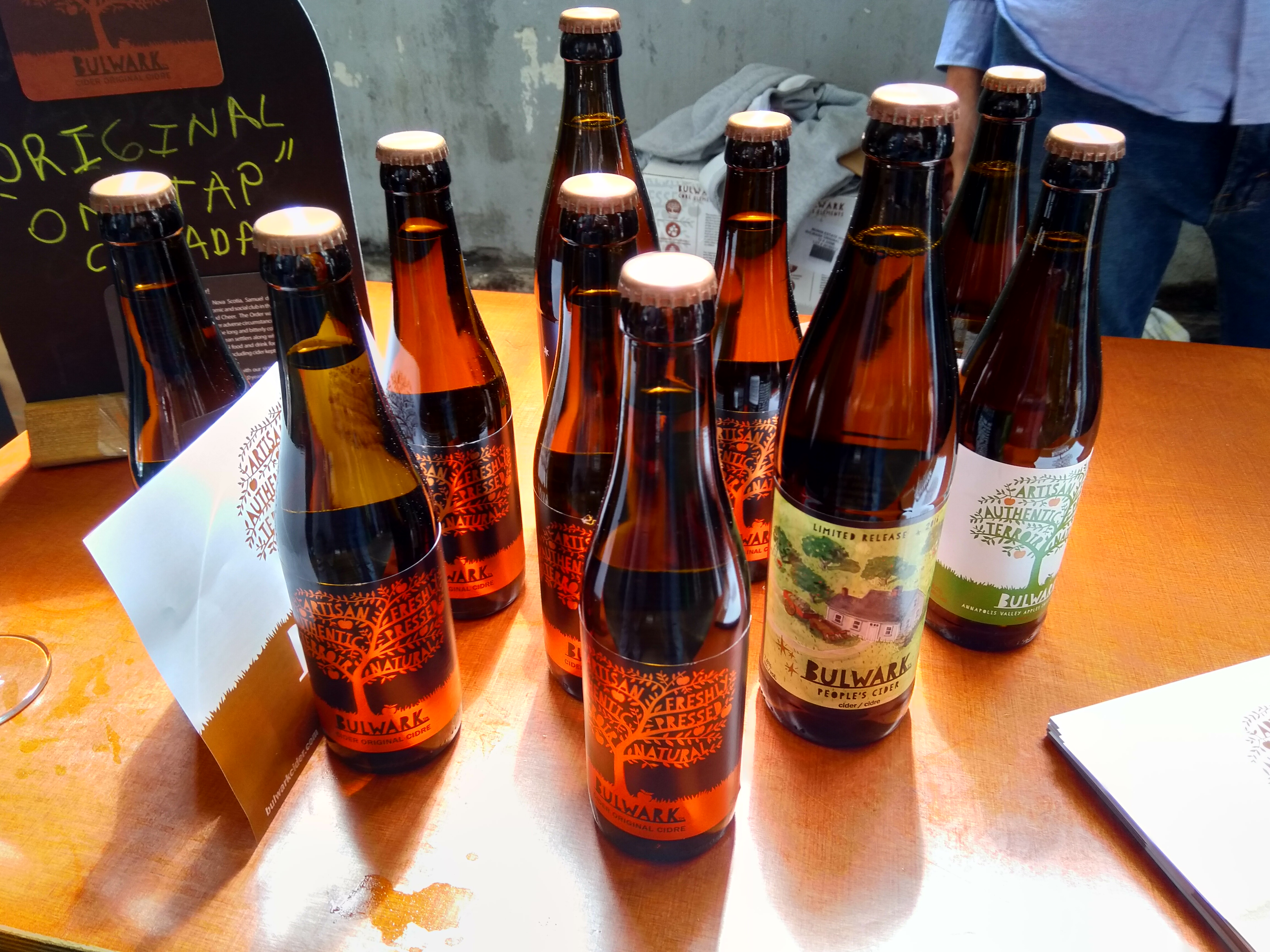 Another week, another city it seems like. On sunday 3/06, we organized a fine event in our shop for World Cider Day and got some last minute stock enlargement by going to Cider Festival in Rotterdam, but that is not all we did. Being the buzzing and intriguing city it is, we met some local food producers and connoisseurs.

Our first stop was with Sasker, the person behind the food production company Manenwolf. I was happy to finally meet Sasker because of the interesting products he makes: Fire Cider, Pickelsalt, Mustard Caviar, Kvass, … He designs products with other companies too and explained a bit more about the great circular economy plans he has for the future. He’s working on repurposing vegetables and fruit from the harbor, but when a small delivery is 1,5 ton it becomes more difficult. He’s now experimenting with preservation in vinigar to work on it later. He gave us some samples, eager to test this all out!

A city visit without a brewer, is not a real Fermenthings visit. So thanks to OR Coffee we got in touch with Tsjomme, one of the founders of the Brewery. He showed us the small brewing installation for experimentation and explained that the bigger batches where made at De Molen (remember that Cold Drip Coffee Porter,mmmmm) The brewery was in fact the first resident of Fenix Food Hall, a wonderful bottom up story that i will tell you more about later.
Before diving into the ciders we received some interesting tasters from Kaapse Brouwers. They know their craft and are mixing up different styles while holding a constant great taste. Hiden behind a small door you can also check out their bottleshop with a top selection of crat breweries.
Thanks Tsjomme for the great samples, will let you know what we think about those later! He will be in Brussels together with the chef of their restaurant Kaapse Maria at Ermitage in a couple of weeks. Don’t miss out! 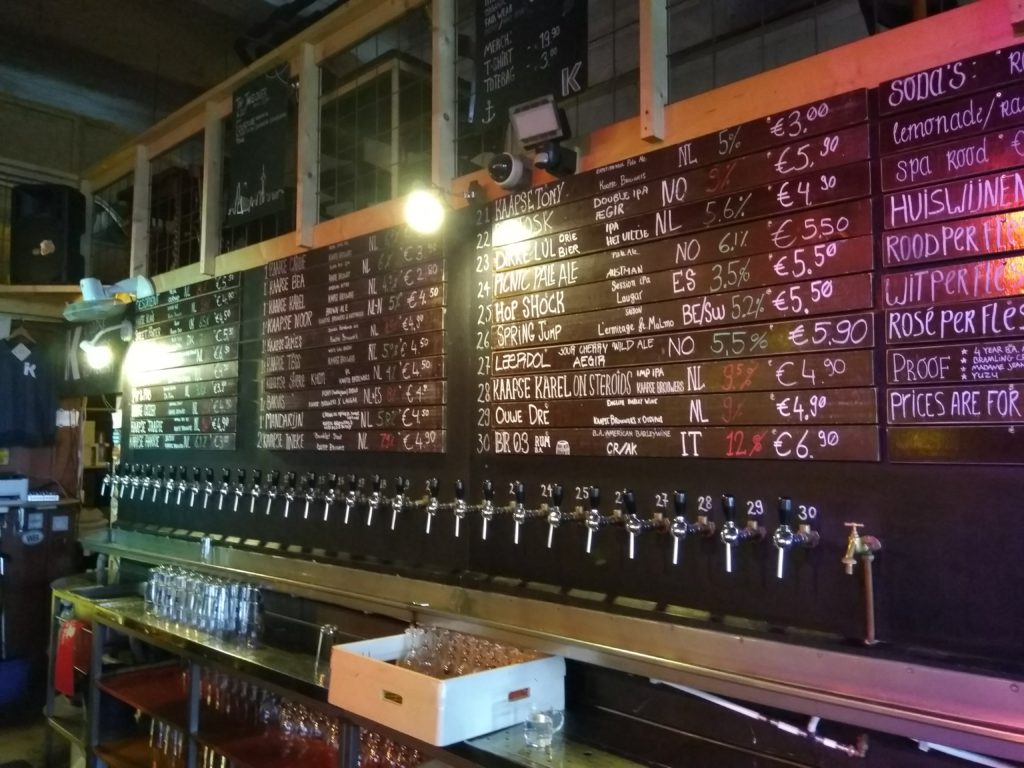 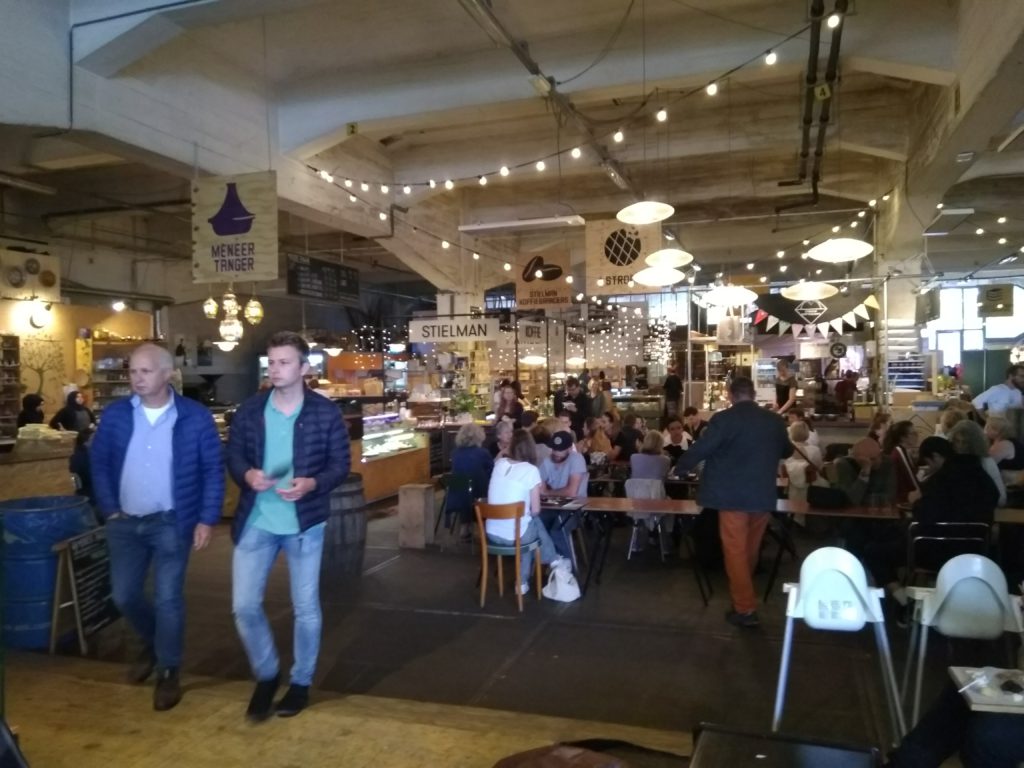 While sipping on our beers, Tsjomme told us how Fenix Food Hall became one of Rotterdams most beloved atractions. It all started with Kaapse Brouwers finding this big open space for their brewery and having more ambition then putting a pooltable in the vacant space. So he started talking with some friends / producers about settling multiple production facilities in it. Before he knew it there was a baker and a cheese maker there and later a cidershop, butcher, … The nicest story was when they presented the project to futur residents of the neighborhood (that was in full construction) and the next meeting one of the neighbors came with a plan of starting a coffee roasting project and became one of the top roasters of the region! Next to the ‘Markthal’ building, this feels as a real and alive place. Chapeau for the guts to open such a nice place!

And so we arrived at our destination: the cider festival. Thanks to shops as Cider Cider, a real dynamic was created around craft cider in the netherlands and the festival shows there is a lot of interest for it. Producers from over the whole world are coming to show their newest and most exciting products. We tasted a few of them and came home with what was left!

La Sidra wasn’t a producer, but the organization behind local spanish ciders from Asturia. They explain the craft, way of pouring and cultural heritage surrounding the local ciders. it’s a complete other world that like our geuze styles needs a specific pallet training to fully appreciate these ciders. We are looking at participating at their event from 28-30 September to learn more about it.

And our final stop of the day was at Rijsttafel, a nice little surrinamian restaurant near Fenix Food Hall. We don’t have any of this cuisine in Brussels so it was nice to get introduced to a mixture of African, Indian and South American cuisine. I took the Roti, a classic dish you have to eat with your hands. The spicy custard and home made sticky ketchup where awesome. Overall a great experience. 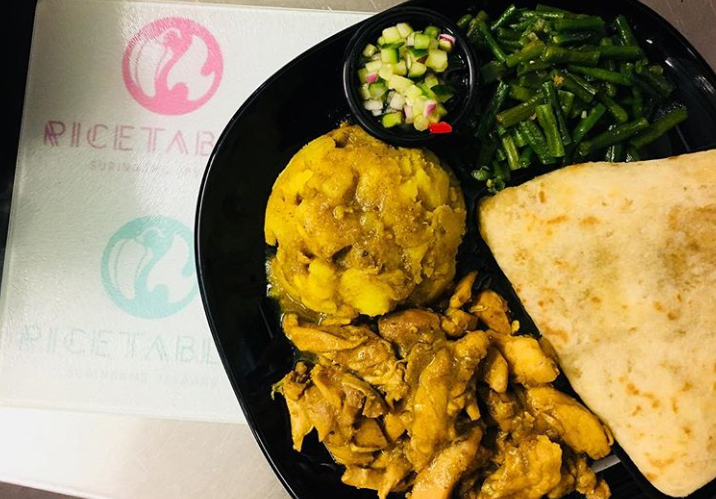